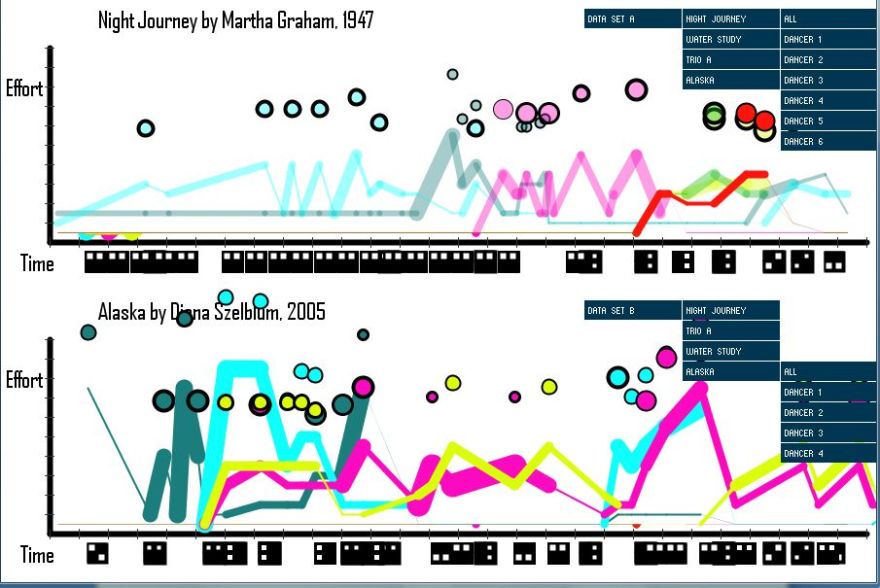 Contemporary dance is an experiential and time based art form with few available analysis techniques. Our design facilitates structural analysis of dance performance by codifying and plotting expert viewer information. ActionPlot is then useful to experts familiar with choreographic strategies and illustrates three levels; viewing for interpretation or meaning, for structural or performative information or for detailed movement information. Plotted elements include the number of performers, the performer’s attention and intention, the amount of effort used, tempo of the effort, the balance of the movement within the body and the time the action is performed. This process conveys information about the viewing experience in context, allowing the user to see structural and performative patterns, similarities and differences while comparing between two works. We detail our motivation, design decisions, implementation and a qualitative evaluation for the presented system.