Adapted and directed by Quetta Carpenter, Caesar is a contemporary take on the tragedy. Carpenter has bee 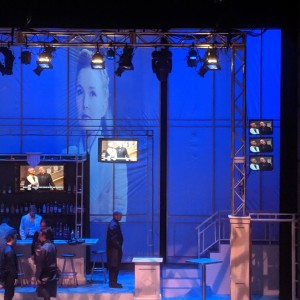 n as a recurring face on the ISF stage, appearing in both the 2015 and 2018 season. Julius Caesar’s days are numbered in this media-saturated, modern take on Shakespeare’s classic tragedy. With Caesar’s assassins in one camp and the inheritors of his authority on the other, political warfare consumes Rome—fought through social media and the 24-hour news cycle. Who will survive in the end, and will they still be themselves?

Choreography presented in the Spring Dance Theatre Concert at Illinois State University in 2018. strokeWeight(); is a piece of code for changing the weight of a line. This choreographic work explored the interaction between live dancers and a media agent as generative visuals that moved around the stage. Movement content was developed with the software Cochoreo and idanceForms. An ICue actuated mirror was used to move the projection around the stage. 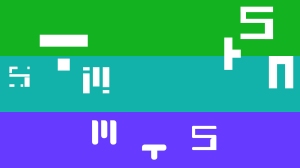 “Wind, Water, Mountain” is a collaboration with Alice Lee in Graphic Design to develop this interactive installation for the ISU Faculty Biennial. We tracked hand gestures to trigger a series of animated letterforms and videos that illustrate korean letterforms and highlight a sense of place, home, and ancestry. Content was projected under a clear box filled with water, to give a tangible sense of interaction.

Choreography presented in the Spring Dance Theatre Concert at Illinois State University in 2017. This work explores the use of patterns and phasing and incorporated a generative sound score by Greg Corness. It was developed using Cochoreo and idanceForms software in the rehearsal process.

This work explored how to share a sense of space across environments. “Presence in a Box” is an interactive public performance work where two performers and the audience can transfer the experience of presence between three spaces. In the live performance of PIAB, performers Shannon Cuykendall and Prophecy Sun meld three spaces: the gallery space (a large space) and two small boxes (two small spaces). Within these spaces there are multiple events occurring: a live sound score in the gallery space, a performer is drawing patterns on an iPad while inside a small box, and an identical second box is on the other side of the gallery. In the second box, there is an iPad depicting a first-person camera perspective of the performer’s previous actions in the first box.

Space-Displaced: An Exploration of the Architecture of Spatial Data in Separate Spaces 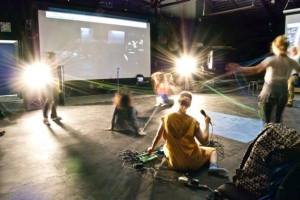 In the Space-Displaced workshop and open rehearsal we will explore how spatial data can be translated and transferred to separate spaces.  We will link four spaces together: the Emily Carr Performance Space, UC Irvine Performance Space, Emily Carr Elevator, and the UC Irvine Elevator.  We will gather data on the performers’ spatial pathway through blob tracking in a program created by Kristin Carlson.  This program will output the spatial data as sounds and images with Ulysses Bernardet and prOphecy sun.  The elevator, being one of the first “teleportation” devices, motivates the spatial pathways of the dancers in the performance space and the overall spatial architecture of the work between the four spaces.  We contrast three different types of transport: pedestrian, mechanical, and virtual.  Throughout the open rehearsal we will lead or “transport” audience members to the elevator creating a “pedestrian” equivalent of the elevator. Audience members will also be mechanically transported to different floors of the Emily Carr building while being virtually transported to UC Irvine through a live video feed inside the elevator. 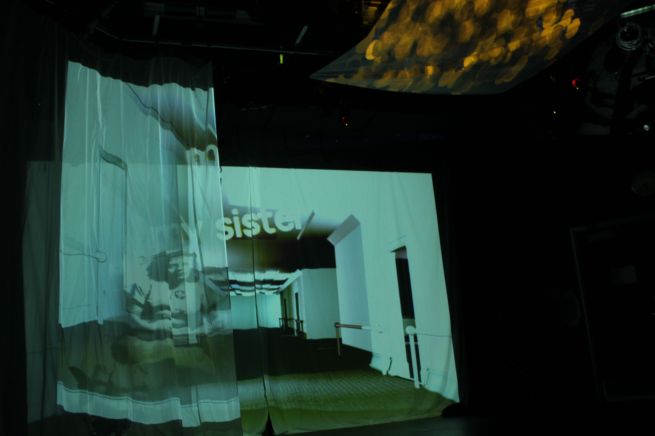 Concept and Performer, A generative video and dance performance that takes place in the shifting realities of Mabel’s experience

Choreographer and Performer May 2011

CHI 2011 Workshop Performance: The user in flux: bringing HCI and digital arts together to interrogate shifting roles in interactive media 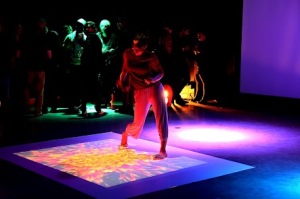 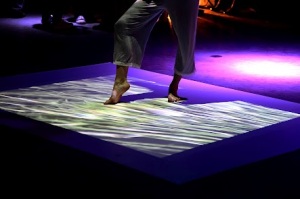 This project explores the relationship between the aesthetics of the interaction afforded by an immersive environment and its relation to the immersive experience of the user. 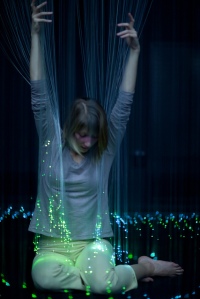 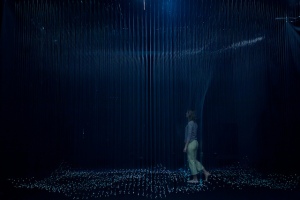 The Illusion of Togetherness

Choreographer in the development of interactive performance

Solo live performance and Dance for the Camera 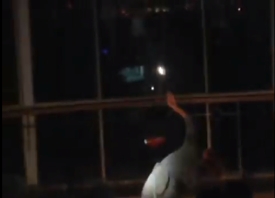 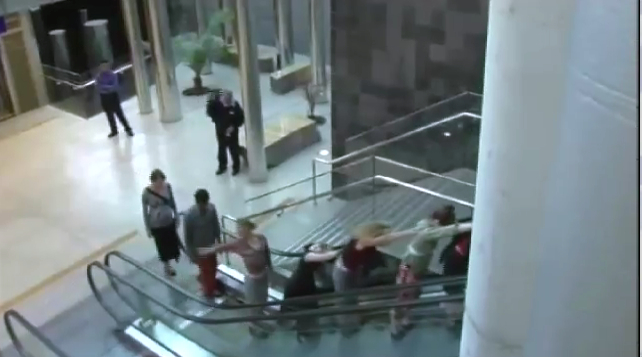 ‘Tweep’ and Other Works 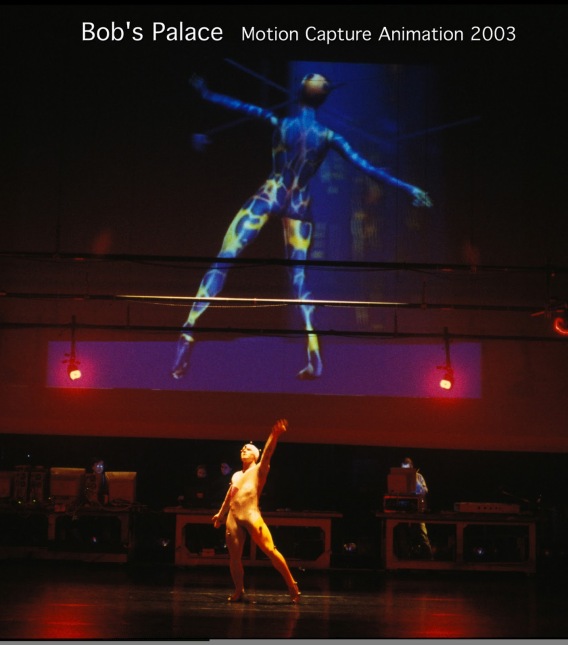 Bring Me an Ice Bucket